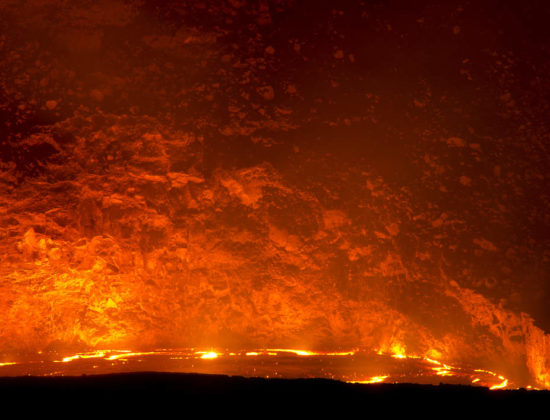 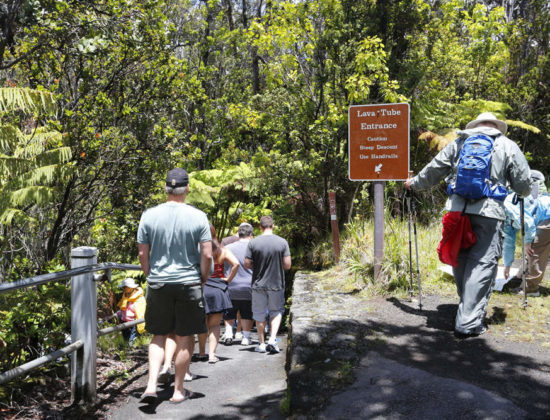 Earth is in the oven at volcano

One hundred years is just a blink of an eye in the science of volcanism. The Hawaiian Islands, which sprawl 1,500 miles northwest to Midway and Kure, formed like an assembly line over the Pacific Plate’s hot spot, starting at least 70 million years ago. At press time, volcanic activity has been “live” at Kilauea Volcano since 1983. See how Hawaii Volcanoes National Park (HVNP) has expanded and changed in the last century during the multimedia video, “100 Years in 100 Seconds” on the National Park Service website.

Today, the park’s 333,000 acres provide countless ways to connect with volcanism, geology, biology and native Hawaiian culture. Honored as both an International Biosphere Reserve (1980) and a World Heritage Site (1987), the park hosted nearly 1.7 million visitors in 2014.

Plan plenty of time to visit Hawaii Volcanoes National Park. A World Heritage site, HVNP has much to see and do. It’s best to spend the night at Volcano House or nearby Volcano Village to best enjoy your road trip to and from the park; it’s located on the southeastern end of the island.

Stay after dark to see red. At press time, a red glow emanates from the ongoing gas eruption of Halemaumau Crater. Peer right into the action at the Jagger Museum Overlook. The billowing plume is the result of molten activity in the crater’s lava lake. The park is open 24-7 so check it out after dinner or before dawn, when it’s less crowded.

Eruption activity can change so stop at Kilauea Visitor Center; it’s staffed by rangers 9 a.m.-5 p.m. daily, 808-985-6000. Find a daily posting of free interpretive programs and catch a short film, “Born of Fire…Born of the Sea,” followed by a current eruption update, at the top of the hour. For an online eruption update, visit nps.gov/havo/planyourvisit/lava2.htm.

Entry fee is $25 per vehicle, valid for seven days. The Tri-Park Pass is $25, and is good for unlimited entry for one year to Hawai‘i’s three national parks: Hawai‘i Volcanoes National Park, Pu‘uhonua o Honaunau Historical Park and Haleakala National Park on Maui.