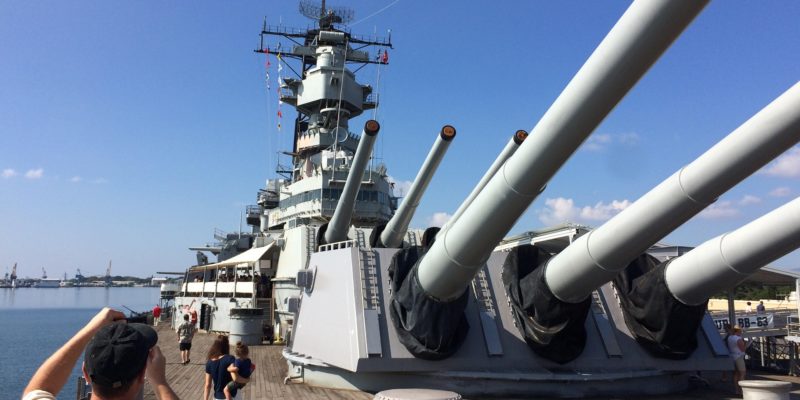 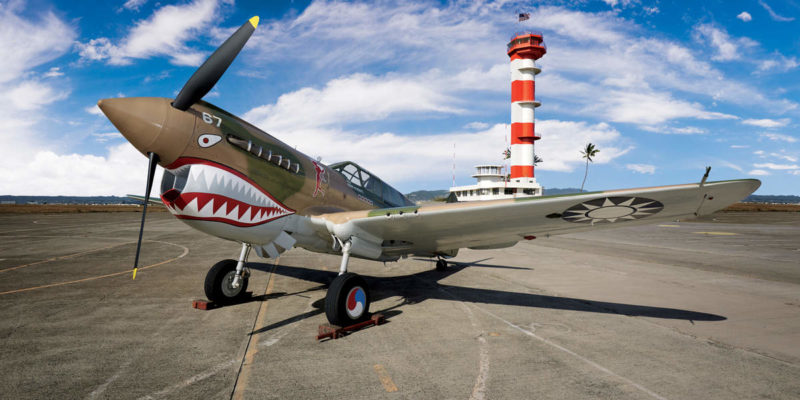 A place to remember & honor

The USS Arizona Memorial, USS Bowfin Submarine Museum, Battleship Missouri Memorial and Pacific Aviation Museum Pearl Harbor make up the Pearl Harbor Historic Sites. There are four distinct sites, each with its own story to tell, none you will want to miss. Tickets for these sites are available at the Pearl Harbor Visitor Center or online at pearlharborhistoricsites.org.

In order to get the best overview of the timeline of WWII, visit the Pearl Harbor Visitor Center, gateway to all four sites. Begin your experience with the National Park Services’ USS Arizona Memorial Narrated Tour, which will take you through two worldclass museums with narration onto the Memorial, and then on the “Path of Attack” along the Pearl Harbor shoreline.

World War II Valor in the Pacific, USS Arizona Memorial – The pristine Arizona Memorial in the waters of Pearl Harbor eternally stands as a landmark for America’s entry into WWII where over 900 of the ship’s crew lost their lives on Dec. 7, 1941.

You can secure movie/boat tickets by visiting recreation.gov where hundreds of tickets are available two months out, as well as the day prior to your arrival. There are also 1,300 free tickets given out each day at the Pearl Harbor Visitor Center on a first come, first serve basis. Doors open at 7 a.m.

Check out the Virtual Reality Center where you can try three new National Park Service VR Tours that include Walk the Deck of the USS Arizona Before the Attack; Witness the Attack on Battleship Row; and Experience the USS Arizona Memorial. The narrated tour, VR tours and Passport to Pearl Harbor have fees.

USS Bowfin Submarine Museum & Park – The ultimate “stealth” weapon, submarines were responsible for destroying over half of the enemy’s ships. Known as the “Pearl Harbor Avenger,” the USS Bowfin SS-287 served with great distinction. Make your way through the narrow spaces of a submarine where the crew lived and worked. Learn how America’s 288 subs sunk more than 5.5 million tons of enemy shipping and hear the stories of our submariners. A Waterfront Memorial pays tribute to the more than 3,500 officers and crewmen who gave their lives during WWII aboard 52 submarines. bowfin.org, 808-423-1341.

Pacific Aviation Museum Pearl Harbor – See historic footage of the Pearl Harbor attack, aircraft and exhibits that give insight into World War II as it was fought in the air. This museum, ranked as one of the “Top 10 Aviation Attractions in the Nation” by TripAdvisor.com, is housed in Hangars 37 and 79 that still bear the scars of our nation’s first aviation battle; they are designated National Historic Landmarks.

On the Aviator’s Tour, visit the Restoration Shop that houses vintage aircraft awaiting work for future displays. Become a pilot in the museum’s interactive Combat Flight Simulator. A gift shop and cafe are on the premises.

Battleship Missouri Memorial – Having served with honor through three wars with a crew that spans three generations, the “Mighty Mo” is dedicated to preserving the experiences of her former crew members and sharing her story and place in history. It is on the decks of this battleship that the Instrument of Surrender was signed, officially ending WWII and beginning a new era of friendship and peace. See the plaque that marks the exact location. General admission includes a guided or audio tour. You can also upgrade to the Heart of Missouri Tour, which takes you deep into the battleship to learn the mechanics behind its speed and firepower.