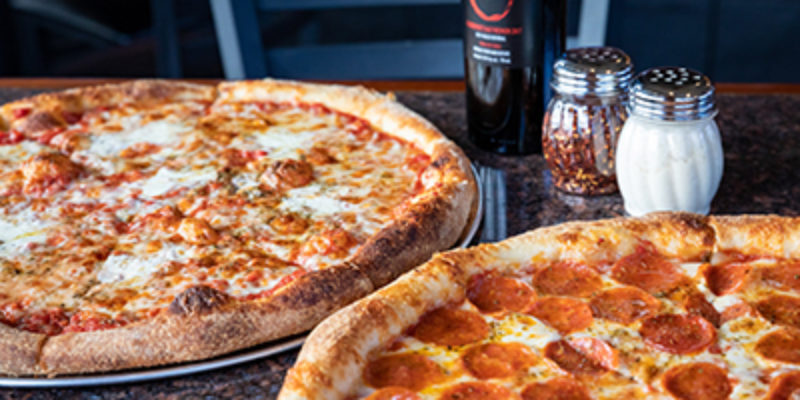 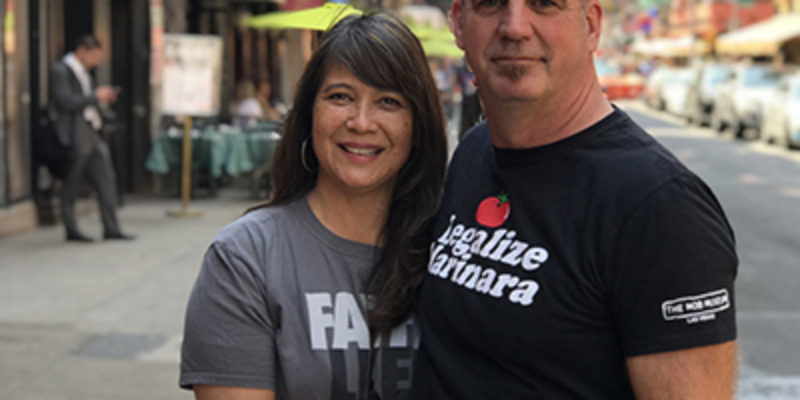 The Pizza Man of Kauai – Tom Iannucci
When most people think of “pizza” and “Hawai‘i” they think of pineapple and ham. Tom Iannucci thinks about brick ovens and learning more from his peers at the Association of Verace Pizza Napoletana, who commissioned his pizzeria as their first certified pizzeria in Hawai‘i.

It all started on Long Island, New York, where Tom grew up. “It wasn’t the best neighborhood,” says Tom. “A lot of my buddies were going to jail, so after the Beirut bombing in 1983, I joined the Marines. I met my wife, D’lissa, in Tokyo and meeting her changed my life.”

“I actually ended up stationed at the embassy in Beirut as part of the Marine Diplomatic Security Force. One day, when the phones actually worked I called D’lissa, who grew up on Kaua‘i and she asked me, ‘what’s it going to be? New York or Hawai‘i?’ At that point, Hawai‘i sounded really good.”

Iannucci’s first stay in Kaua‘i only lasted a month. “Coming from where I did, it was too quiet, too soon. So we moved to O‘ahu for four years before returning. When we did, I threw myself into the community. I became an Assistant Pastor for Calvary Chapel, visited prisons and spoke at many schools.”

But through this period, something was missing: Pizza.

“I couldn’t eat the pizza in Hawai‘i. I drove my wife crazy making pizzas in our little apartment’s oven. I started calling pizza parlors in New York City asking for advice. Most weren’t very friendly, but I persisted. I installed a gas oven in my carport and began to host big pizza parties for the kids. Eventually, I built a brick oven in the driveway and started delivering the pizzas to the neighbors, and even making them for the police and fire stations.”

Iannucci traveled the world chasing his passion. On a trip to Naples, he fell in love with Neapolitan style pizza, a method that involves a pizza that is cooked in brick ovens at temperatures in excess of 900 degrees for as little as 90 seconds. “For my 50th birthday, my wife asked me what I wanted,” Iannucci remembers. “I said ‘I want to go to the International Pizza Expo in Las Vegas.’ It was there that Iannucci found his lost tribe. “They were all speaking my language!”

With the brick oven he built from scratch, he started making pizzas by the dozen. “People told me for years I needed to open a restaurant, but it wasn’t until I woke up one day with three kids in college, and trying to get by on a pastor’s salary that I actually decided to take the advice.”

With a little financial help from his friend and partner Dave Erickson, and after 32 years of assimilating to local culture, Iannucci opened Pietro’s in August 2015 on Rice Street in Līhu‘e. Shortly after, the current front location became available, and that opened in May of 2016. “We sold out every day for two weeks,” says Iannucci, “We were so busy, I couldn’t even get the Neapolitan side open until August.” Pietro’s was even the “Editor’s Choice” for Best New Restaurant in Hawaii Magazine’s “Best of the Best” in 2018.

In April, Iannucci launched a new restaurant and lounge at the Poipu Shopping Village named Pietro’s Pizza e Pasta. “It’s four times larger than the original, and features pasta as well as pizza.” The new Pietro’s is also more diversified in that it features live music in the lounge. “The showcase will always be pizza,” says Iannucci, “but I want to work on sauces, new pizzas and specialty dishes.

As a former resident of the New York City area, I ask Iannucci about the legend of New York water making for the best pizza doughs. “There’s truth to that,” he says, “but Kaua‘i has some of the best water in the world. Our water comes as natural artesian water that filters down from Mount Wai‘ale‘ale, where it rains 540 inches per year. I’ll put our water up against anyone’s.”

Lastly, I had to ask Iannucci about his favorite pizza. “I’m a meat lover—Portuguese sausage, cured meats, pepperoni chunks and add some jalapeno’s for a good kick. But our signature pizza is the pepperoni, aptly named The Don Pietro.”

For more information on Pietro’s, go to pietroskauai.com