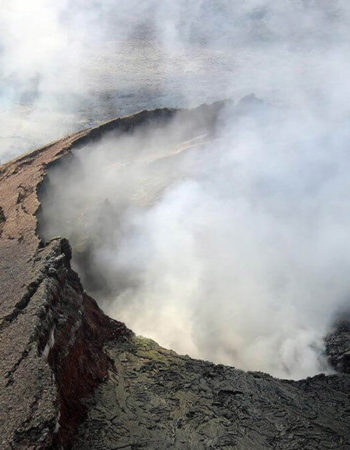 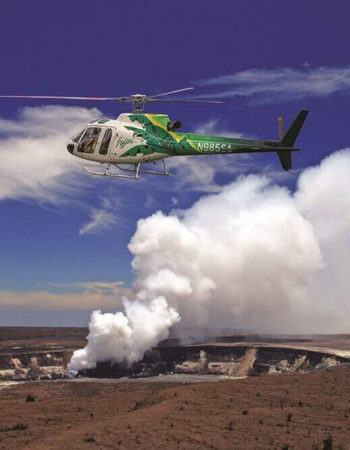 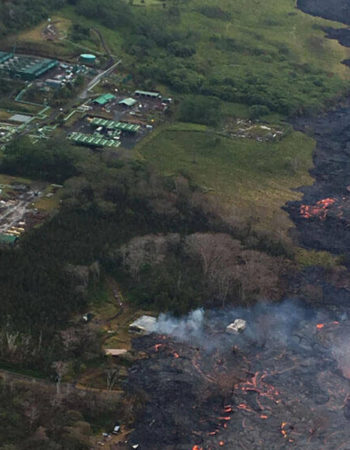 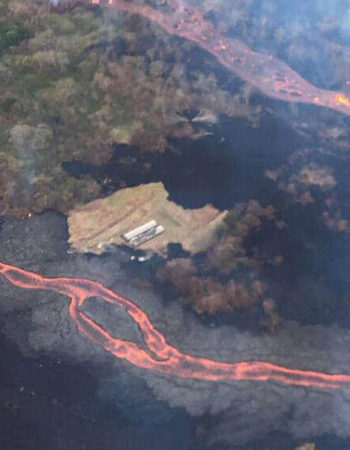 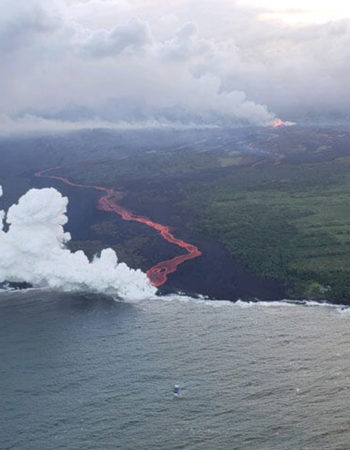 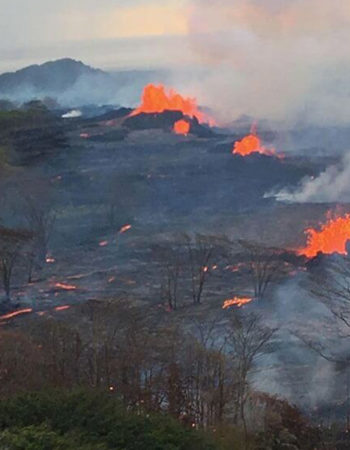 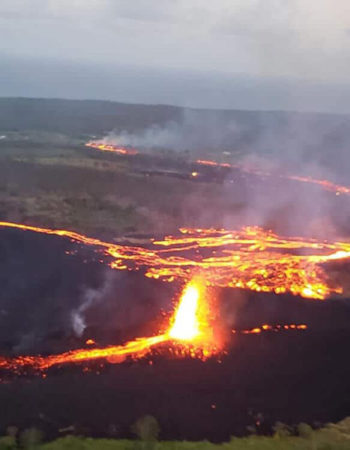 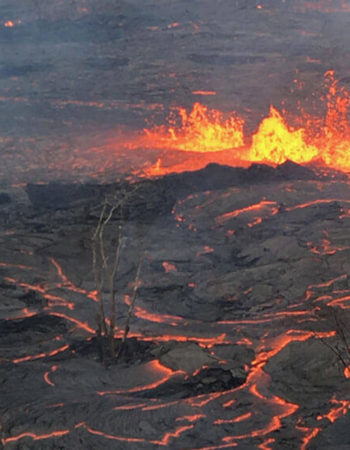 Take a flight to the World’s most active volcano. The Big Island has been erupting almost continuously since 1983, pouring red-hot molten earth into the cool waters of the Pacific Ocean.

All Hawaiian volcanoes are produced by a plume of lava known as the Hawaiian magmatic hot spot. This plume of lava rises up from deep within Earth’s mantle and burns through the seafloor crust to form volcanic mountains that eventually rise above the surface of the sea to form Hawaiian Islands.

The Hawaiian Islands are actually just the summits of these massive volcanoes that grew up from the ocean floor as much as 18,000 feet below the water’s surface.

The Big Island is the youngest Hawaiian Island, less than a half a million years old, and its two major volcanoes are Mauna Loa (which includes Kilauea Volcano) and Mauna Kea. These massive volcanoes are a sight to behold from the vantage point of a helicopter (when clouds do not interfere). Mauna Kea rises to 13,796 feet above sea level. Mauna Kea is considered the tallest mountain on Earth if measured from base to summit, towering up more than 6 miles from the ocean bottom.

The volcanic activity of the Hawaiian hot spot continues today on the Big Island at Kiluaea Volcano, and the East Rift Zone. Safari Helicopters tours survey the diverse array of volcanic formations throughout the whole area where this activity has recently occurred and also where it is happening right now!

The aptly named Chain of Craters Road descends 3,700 feet from the summit of Kilauea Volcano to the sea, and has repeatedly been blocked by lava flows with more than 9 miles of the road covered since 1986. The Pu’u O’O Vent flows off and on into the ocean (fluctuating between Chain of Crater Rd and Kalapan Black Sands Beach) and at times sends up plumes of volcanic gas and smoke. From a helicopter this is a most impressive sight to behold.

Expect to be absolutely amazed at the incredible sights you will see from a Hawaii volcano helicopter tour. There are so many unique land formations and visible volcano history before your eyes that it is difficult to encapsulate it all in words.

Let Safari fly you directly to Volcano National Park on the Big Island. Your adventure takes you through the story of Earth’s creation.